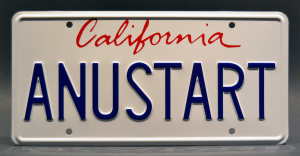 So as the year begins, here is where I’m at:

My last job burned me out. It burned most of my team out, but I was the only one working on a graduate degree at the time. After 3 years of killing myself for the team, the manager held a meeting, and most of the team got promotions and changes in responsibility. With the exception of the manager, I had seniority in the team. It’s not so much I didn’t get anything, it’s more that no-one said anything to me about it prior to the changes or after. A recruiter called the next day, and offered me a potential position as a contractor in Portland. So less than a month later I moved to Portland, and started a new job.

I spent weeks in Portland, and then weekends in Utah trying to be a dad, husband and sell our home. On top of the burn out, I was good for little more than playing the role of Zombie.

I did a lot of research, worried that I was dealing with chronic fatigue. Mentally, physically and emotionally I was completely done. It’s possible I’m beyond repair, but I’m not willing to give up on life yet.

So, here’s what I’m doing to recover in all of those areas:

I’ve started martial arts. I do Tang Soo Do with one of my sons twice a week, and I’ve started doing Brazilian Jui-jitsu as well. It’s taken a toll on my body, but I need the physical exertion, the discipline and time with my son.

I’ve wrangled myself a full-time position with my employer. I’ve been afraid in the past to mention employers, due to the fact that most have been Mormon and/or overly right wing leaning. My current employer is Nike – the shoe/clothing company. Not only are they an amazing employer, but they are very involved in supporting equal rights, and promoting healthy living. It’s nice to work for a company that shares my values, and respects my time with my family as well.

In order to tackle the burn out, I’ve been trying the ketogenic diet. I read some stuff and listened to some podcasts talking about ketosis as a great way to improve endurance, but I got the distinct impression that it had an effect on the nervous system as well. It took some more research, but I’m pretty sure that being in ketosis is going to have a positive effect on my mental state as well. I’ve only been on it 2 weeks, and the last week was a bust due to Christmas, but I feel better, and I’m down 8 pounds. Still not sure how much of this is placebo effect, how much is due to the reduction of stress, and time off work for the holidays, and how much is actually due to the introduction of increased ketones flowing around in my blood stream.

I’ve got other stuff I’m working on too. Improved financial stability, better relationships with my family, and improvements to myself as a person.

2016 is starting off pretty positively!

One Reply to “Life Begins”

My Other / Former Blogs